The second edition of the Vocabolario (1623)

The second edition of the Vocabolario appeared in 1623, also in Venice, and was edited by Bastiano de’ Rossi. There were no major changes or additions when compared to the first edition, so the size of the dictionary remained roughly the same (a single volume) even if more authors and works were included among the examples: Michelangelo's Rime, Tolomei's Lettere, Guarino's works of poetry, Lorenzo de’ Medici's Beoni, the works of Ludovico Martelli, Segni's Demetrio and the burlesque verses of Luca Martini. 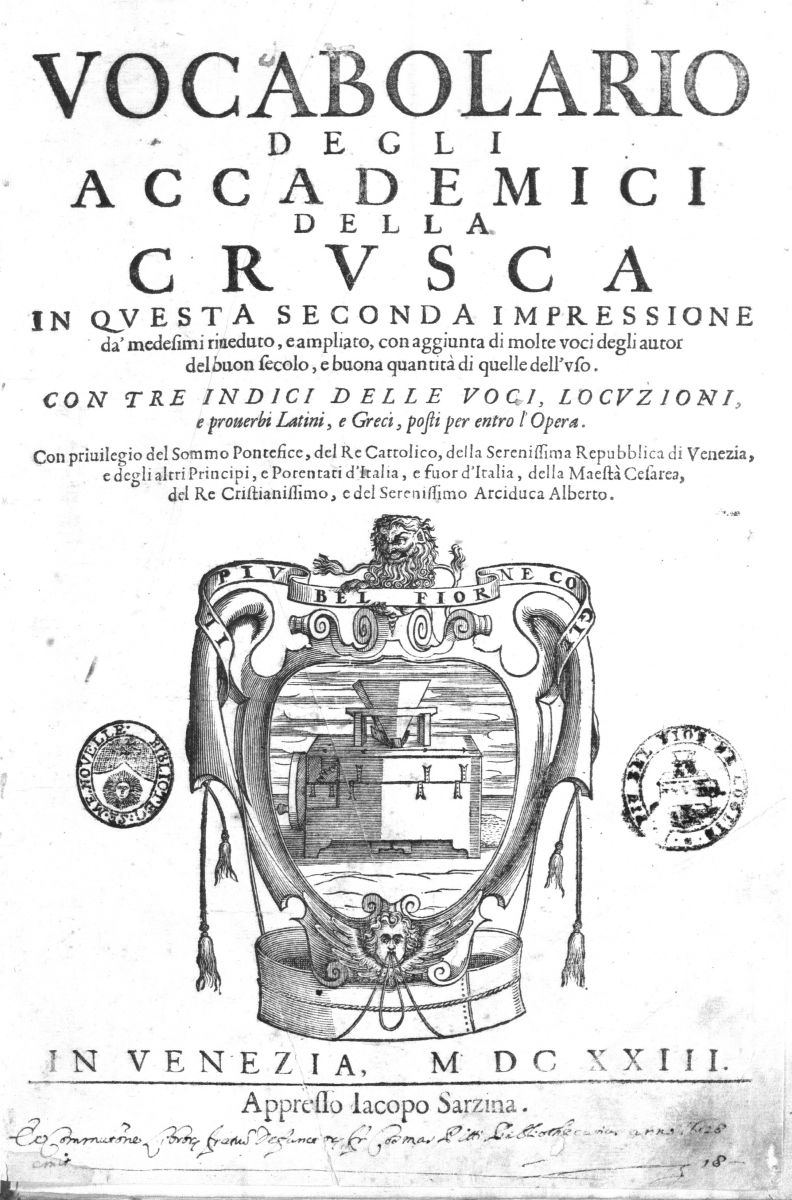