The third edition of the Vocabolario (1691)

The third edition appeared in 1691 and was printed for the first time in Florence (the previous two editions were both printed in Venice).

Dedicated to Cosimo III de’ Medici, this third edition represented, from several points of view, a work that had not only grown in size (from one to three volumes) but also in quality: it took a long time to compile (the works began in 1648) and even men of science like Redi and Magalotti were involved in its compilation; Leopoldo de’ Medici, founder of the Accademia del Cimento and protector of the Accademia della Crusca, made his own personal contribution collecting technical terms from the arts and crafts which made their first tentative appearance in the Vocabolario, along with abstract verbs, diminutives, superlatives and augmentatives.

For this edition some fifty ancient authors and an equal number of modern authors were analysed: amongst them Tasso, Segneri, and Pallavicino, quoted whenever ancient documentary evidence was missing, or when it was necessary to demonstrate that a certain word was effectively in use. 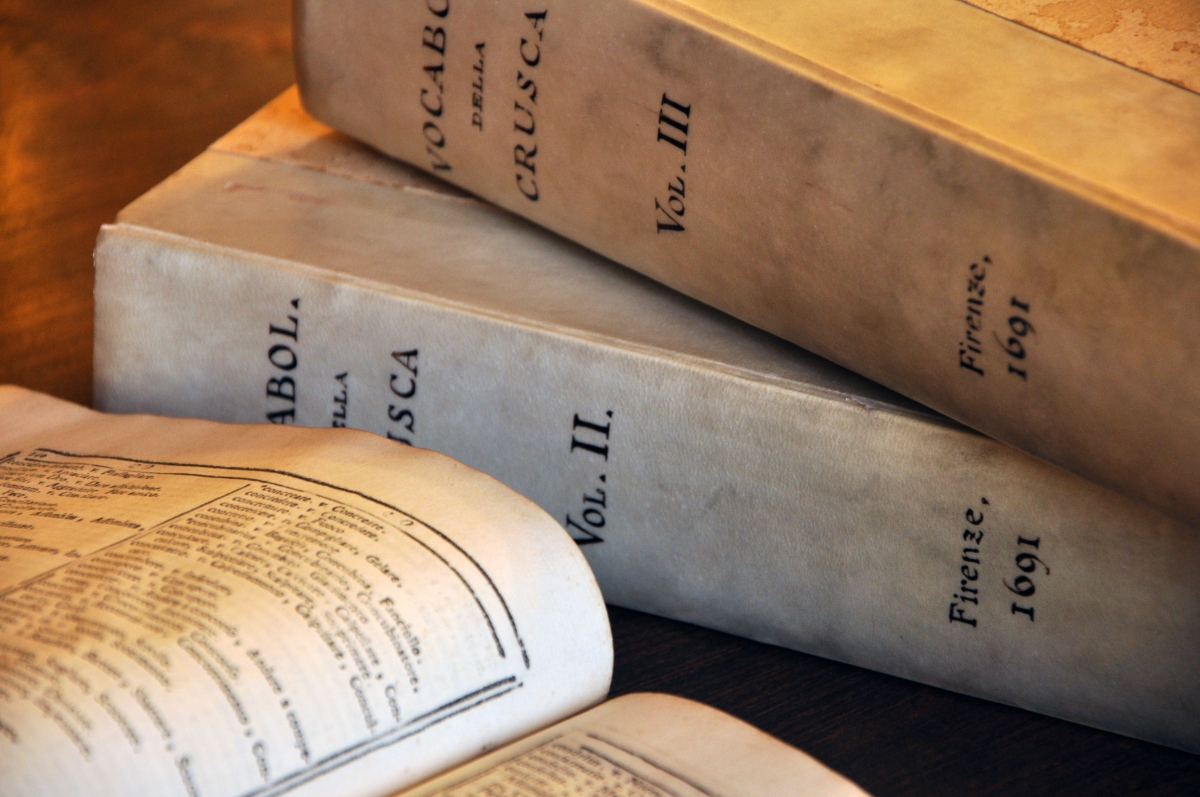 During the preparatory works for the third edition, Dati started another project that didn't however come to fruition: an Italian etymological dictionary. He prepared a lot of material for this project with the help of Redi, but its completion was preempted by the publication, between 1666 and 1669, of the Origini della lingua italiana ('Origins of the Italian language'), by the Frenchman Gilles Ménage.

Dati's project was planned as part of the Accademia's program of creating new linguistic tools with a distinctive Florentine orientation, but when it became evident that this work was going to fail, the majority of the material collected was sent to Paris and so Ménage was assisted by an important Italian contribution: he got, among other things, all the etymologies prepared by Redi that were related, primarily, to the terminology of doctors and chemists, which had been the specific interest and specialism of the author.