The fourth edition of the Vocabolario was printed in Florence, in six volumes, by Domenico Maria Manni, between 1729 and 1738. It was dedicated to Gian Gastone de' Medici. The work for this edition had started in 1696 and a huge amount of people had been involved in it, such as Salvini, Bottari - who also wrote the foreword - Rosso Antonio Martini, and Andrea Alamanni; the series of quoted authors was widened to include Sannazaro, Cellini, Menzini, Lorenzo Lippi and many others and the work of sorting was given more rigid rules. In particular, quotations taken from handwritten texts or from editions that were considered incorrect were checked over. This edition - like the previous ones - provoked endless debates and criticisms; with the intent of placating the stir caused, and also to satisfy the requests of the public, Manni himself abridged the Vocabulary in 1739.

Two private reprints were prepared in Venice (edited by Francesco Pitteri in 1741 and 1763) and one in Naples (edited by Pasquale Tomasi in 1746) with some additions. The strongest criticisms regarded the attitude of the Crusca, which assumed the right of legislating in linguistic questions and also of ratifying archaic words and expressions to the detriment of the living language.
The controversies regarding the Crusca and the inactivity of the three florentine academies (the Crusca, the Accademia Fiorentina and the Accademia degli Apatisti) contributed to the decision Pietro Leopoldo took in 1783 to amalgamate the three institutions into one, called the Accademia Fiorentina. On this occasion the patrimony of the Library and of the Archive of the Crusca passed to the Biblioteca Magliabechiana. 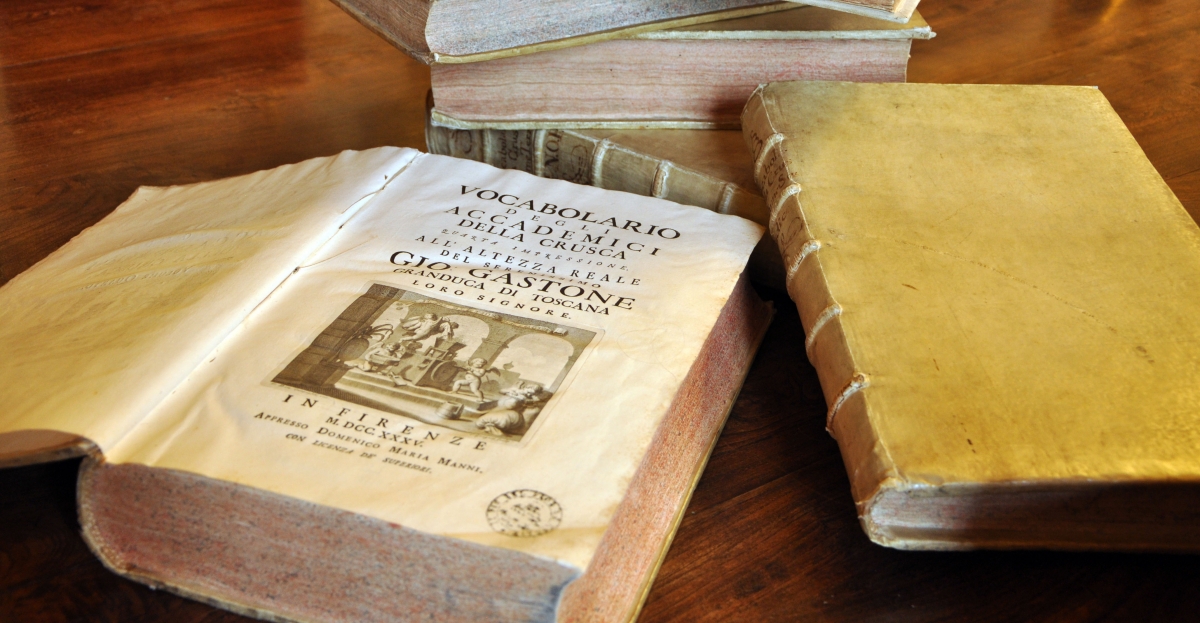