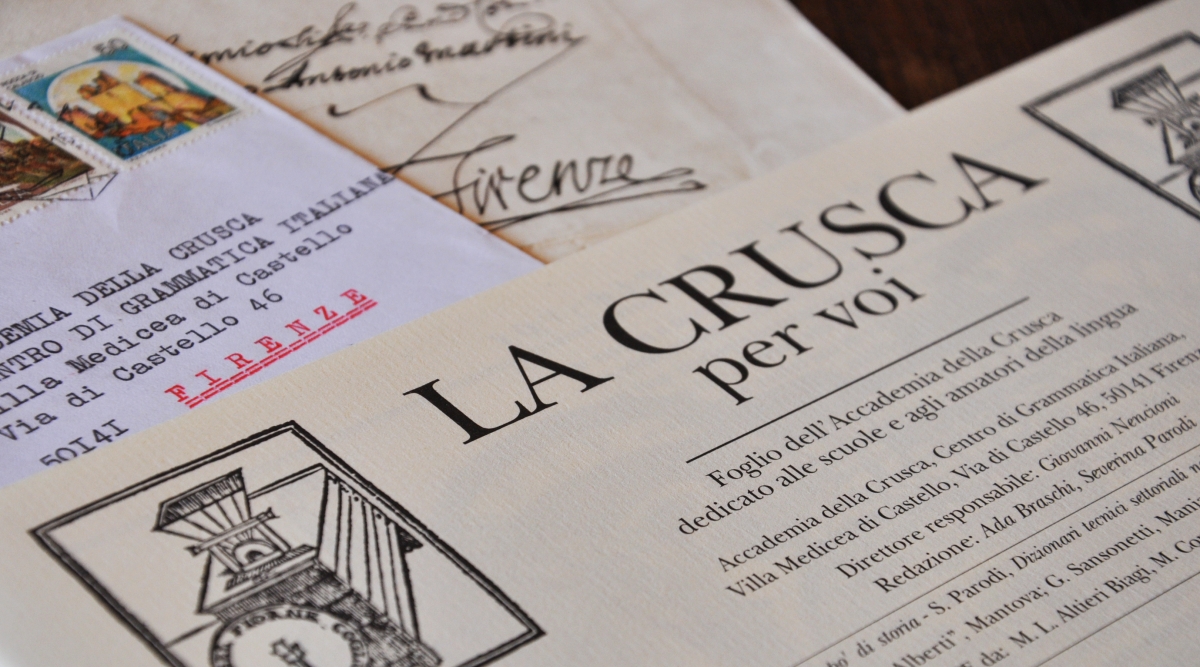 Since 1990, the Accademia has published a biannual periodical called ‘La Crusca per voi’, dedicated to schools and individuals who have an interest in the Italian language. This initiative was born as a response to the generosity of all the institutions, associations and private citizens who contributed to the petition launched by the newspaper "Il Giornale" under the direction of Indro Montanelli to help the Crusca, which had been in severe economic difficulty since 1987. The lack of funds was in fact impeding the main institutional activities of the Accademia, which had to abolish its scholarships and publications and drastically reduce the number of books purchased to update the library.

A critical moment in the recent history of the Accademia thus offered the chance of starting up a dialogue with the outside world and beginning a linguistic advice service which responded to questions of a grammatical or, more generally, linguistic nature that, on requests of readers, now and again occupy the pages of the periodical.

To the present day, 23 issues have appeared under the direction of Prof. Giovanni Nencioni, together with Severina Parodi and Ada Braschi as editorial staff, and helped by several academicians and linguists who have, over the course of the years, made a series of scientific contributions to the journal.

In recent years, together with the usual collaboration of academicians and linguists, the journal has benefited from the research conducted by CLIC (Centre for Advice on the Contemporary Italian Language) for the formulation of answers.